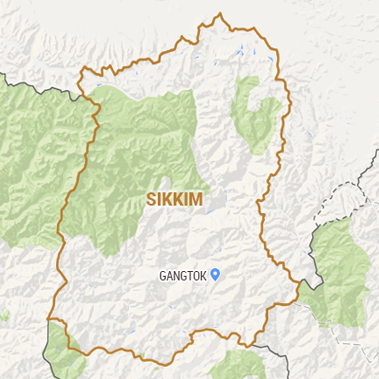 There has been a paradigm shift in the approach to disaster management in the country. The New approach proceeds from the conviction that development cannot be sustainable unless disaster mitigation is built into the development process. The New policy also emanates from the belief that investments in mitigation are much more cost effective than expenditure on relief and rehabilitation.

Disaster management occupies an important place in the country's policy framework as it is the poor and the under-privileged who are worst affected on account of calamities/disasters. The approach has been translated into a National Disaster framework covering institutional mechanism, disaster prevention strategy, early warning systems, disaster mitigation preparedness and response including human resource development. Disaster prevention is defined to encompass activities designed to provide permanent protection from disasters; which will include engineering and other physical protective measures, and also legislative measures controlling land use and urban planning.

The goals of prevention is (a) to ensure that all New buildings are designed and constructed with proper engineering intervention taking due care for safety against natural hazards in urban as well as in rural areas so that no unsafe buildings are added to the huge existing stock of unsafe buildings; (b) to ensure upgrading the safety of buildings in the public sector by retrofitting techniques and encourage similar action regarding buildings in the private sector. National standards/codes on disaster resistant structures including the National Building Code of the country are second to none in technical contents. However, to make their use mandatory, proper enabling provisions are required in the legal framework of the country. Laws pertaining to planning, development and building construction are very important to achieve planned and safe development in urban and rural areas. Building standards/regulations are derived from various laws pertaining to planning and development of different states.

They provide the mandatory techno-legal framework for regulating building activity from planning, design to completion of construction. To make the techno-legal regime in the country sound enough to ensure safe construction, a road map has already been drawn by the Government. This includes modification in the existing laws, development control rules, byelaws. The first step in this road map is preparation of Model Town and Country Planning Legislation, Zoning Regulations, Development Control, Building Regulations/Bye-laws. Action interactive with State Government through Workshops and further follow up action including capacity building exercise are the subsequent steps for ensuring adequate and effective techno-legal regime in the country.

Recent earthquake of 18th Sepxember 2011 have clearly exposed the vulnerability of our building structure, which caused wide spread damage resulting in loss of lives and property. This is mainly due to faulty design and construction practices which do not follow earthquake resistant features specified in Indian Standards and Building Codes.

Legal support for planned development / growth of Urban and Rural areas
Building Regulations/Bye-laws provide the mandatory techno-legal framework for regulating building activity from planning, design to completion of construction. Mainly such laws are State Legislations as the State is competent to legislate and make laws on such subjects. However, where the Central Government is to legislate on such subjects and where Parliament is to make law in this behalf such legislations are applicable in the Union Territories and in the State such as Delhi, For other States, such Central laws are advisory and recommendatory in nature. Taking this legislation as Model, other State Governments formulate the rules and regulations with the help of local bodies, under the various legislations. After the approval, the concerned local bodies enforce these rules and regulations pertaining to development and building standards as building regulations/building bye-laws in their respective areas.

Authorities for controlling development
To regulate the growth of urban areas, the State Governments notify areas for planned growth under certain laws. These are notified under relevant Planning and Development Act. State Governments formulate the rules and regulations with the help of the local bodies, under the various legislation. After the approval, the concerned local bodies enforce these rules and regulations pertaining to development and building standards as building regulation/building bye-laws in their respective areas.

Capacity Building
Elaborate planning has been made for capacity building of architects/engineers to deal with the design and construction of safe structures. Training programme for engineers and architects are being organized to impart knowledge about seismically safe construction and implementation of codal provisions.

Implementation of the recommendation
A series of workshops in the States and Districts have been planned so as to dissemination the recommendation of the Model Techno-legal Regime so as to help them to actually modify their Acts/Development Control Rules/Bye-laws, as applicable. It is hoped that all these efforts should lead to Building a New Techno-Legal Regime for a safer Sikkim against the natural hazards